If you are a pokemon game lover then, you might have played different versions of this thrilling and adventurous game. You might also know that before the game there was a series of cartoons named Pokemon. Cartoons were as exciting as they had a million views and fan following as well. Children loved pokemon because they were created with a new and different storyline.

Now, as for gaming, pokemon is played all along with the world and gamers love all the editions of this incredible game. The best part is that the new version of the game is always better than the previous one in terms of graphics, game strategies, and new adventures. So, if you have played the previous versions such as Sapphire and Ruby then, you will also enjoy playing the emerald version of pokemon as well. The emerald version of pokemon comes with better graphics, new adventures, and a new collection of pokemon as well.

Applying cheat codes while playing the game is not very easy. Some players do not even get on the top just because they apply more than one cheat code at the same time. This results in several issues. The game gets stuck and the cheat code does not work. In many cases, you need to start the game in the first place because the game crashes. The best practice before applying any cheat code is to save your game first. If you save the game then, you do not need to start your game in the first place. Let’s say if you have applied a cheat code and the game gets crashed then, your data or progress will remain safe. Another good practice to apply cheats is to turn off the cheat codes after using them.

You can play the game on emulators or GBA devices as well. To remain on the top of the game, you need to be consistently playing the game and finish off your adventures as soon as you can. You will be fighting battles with new characters having new and powerful pokemon. Your pokemon will not be very much effective against the new ones and that is why you need to capture the new pokemon before appearing in the battle.

So, you can add new pokemon to your collection and can win as many battles as you can. Playing this game is not as easy as it seems. You might be thinking that you will be easily capturing pokemon just like the animated characters did in the cartoon series. You will be doing the same thing but it will not be as easy as it looks.

You will get to complete the mission of catching new pokemon in this new version. If you are not able to find the new pokemon then, wild pokemon encounter cheat codes can help you in finding it. After applying the code, you can meet any pokemon in the game and can capture it as well. The cheats only help in finding the pokemon, you need to capture it with the help of your pokemon. You can use the encounter cheat with any other cheat that might help in catching the wild pokemon. 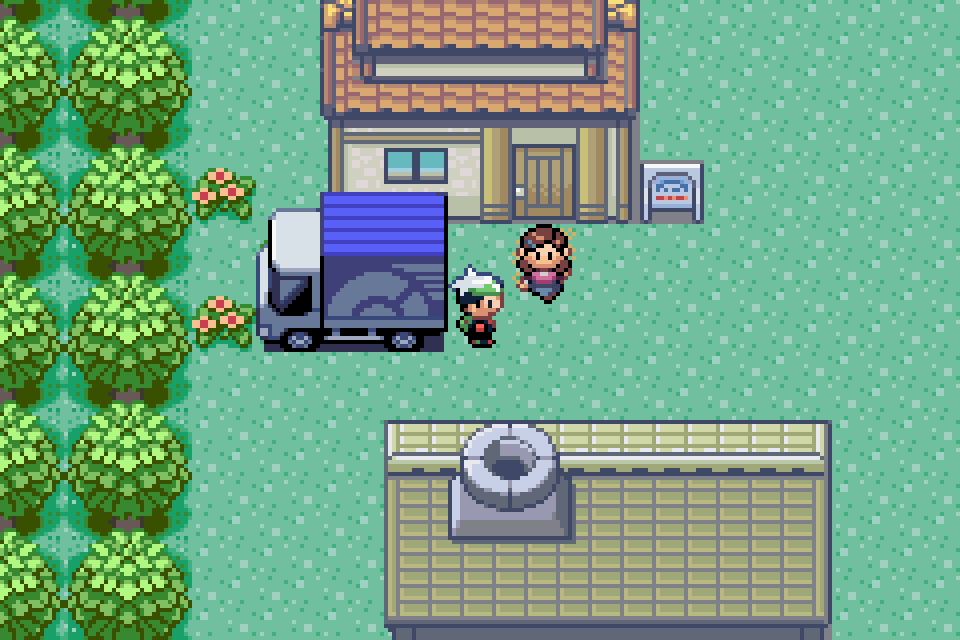 While playing the game, you will get to know many things that you did not know before. There will be hurdles in your way. You will have some dead ends from where you can not easily go away. To encounter such situations, walking through walls is the cheat that can help. After applying this cheat code, you can walk everywhere on the map and can reach any place.

In this version, there will be some pokemon that you will find difficult to capture. Your pokemon collection can not win from them as they are powerful. To make their strength a bit low, you can use level modifier cheat code and can bring the strength of that pokemon to the same of yours. This will help your pokemon to fight that one with some increased chances of beating it.

You are running out of time to complete any mission. This cheat can help you out. The warp cheat allows you to reach many important locations within seconds. You can reach any place in the blink of an eye and can complete the mission to progress in the game. Only use this cheat when you require it, to get the results right.

The cheat codes while playing on the game boy advance emulator can help you to remain on the top level of the game and enjoy the adventures of the game without failing. If you want to play the game fairly without using any cheat codes then, that is also a good choice to have. While playing the game on a GBA emulator, you can use cheat codes for the emerald version to rank number one in the competition. 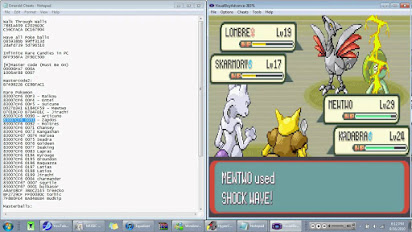 All the versions of the pokemon game have got many similar features. Even, it will not be wrong to say that the game is entirely the same in all the versions. There are only a few changes like adding new pokemon and some new characters to make the game interesting. The most important change that you will feel in the new versions is the improved graphics. Although, almost all the versions of the pokemon game have similar cheat codes. The purpose of these codes is also the same.

In the emerald version of pokemon, you will find some new cheat codes that you have not used in the previous versions. The cloning glitch is one of the new additions in this game. Using this cheat code, you can duplicate or double your pokemon. This can only be done with the pokemon that you have. It is not like if you have seen a new pokemon and you can not catch that then, you can make its duplicate for yourself. This is not the way this cheat code works. To make this code work, you need to be in the Battle Tower. Once you are in the tower, you need to put the pokemon on the PC which you want to clone.

You can also duplicate any item along with the pokemon as well. When your pokemon is standing at the PC then, give that item to it. You will be seeing the duplicate pokemon and the item in their hands as well. While applying this cheat, you need to make sure that your GBA emulator is turned on. If the emulator goes off then, the data will be lost permanently. Once you have duplicated the pokemon, save your file by turning on the console.

First, you need to save your game at the Lilycove store. Make sure that when you are saving the game, the lady is in front of you. After you have saved the game, you need to wait. This waiting time can be long even for a complete day according to the game. Once you have waited for the required time, now you need to draw a number to know whether you have won the lottery or not. If your luck goes with you, the number will come out and you will win. Now, you can save the game after winning.

How to use cheats on pokemon Emerald on GBA

While playing the game, there are always two chances. You either win or lose. To get yourself on the top of the game, you must have to win at the lottery corner. If you win the lottery, save your game there so that if you get knocked out at some other part of the game then, you do not need to start from the first place. If you lose the lottery then, keep on trying it again and again unless you win. 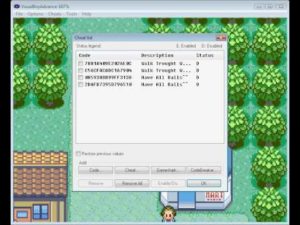 Picking up random items during your pokemon game journey is one of the tasks that help in winning the competition. You will have to pick some specific items to complete the task and progress in your game. There are some pokemon in the game that love to pick up random items from the battlefield. It is not like that you command them to pick items.

They like to collect items and do not need any command from you to pick those items that attract them. So, if you are having these pokemon in your collection then, it will get easier for you to pick up the items and complete the task without any extra effort. Linoone and Zigzagoon are two pokemon that love to pick up items.

If they are in your collection then, you will be completing this task easily and if you do not have them then, the only effort you need to make is to capture them and make them a part of your pokemon collection. If you will carry these pokemon with you throughout your adventure then, picking up things will be easier for you.

With this new version of the pokemon game, you need to make sure that your pokemon are performing well. With the rare candy cheat code, you can upgrade the level of your pokemon. This will help in performing well during a battle. When your pokemon performs well, you will get a lot of progress in the game and your chances of winning the competition will increase as well. This cheat is very useful in this amazing world of pokemon. So, make sure that you use it at the right time and in the right place. 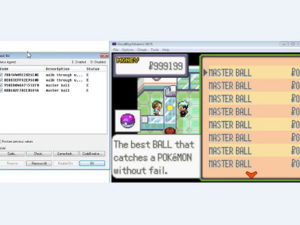 As mentioned earlier, the emerald version of pokemon has many new and powerful Pokemon to discover. You will encounter many new pokemon that you have never seen before. To progress in the game, you need to have these powerful Pokemon in your collection. To catch them you need to fight them with the existing pokemon you are having. If your pokemon fails to beat the new pokemon then, you can use a master ball cheat to capture them. When you apply this cheat code, you will get master balls to catch a new pokemon.