Talking about the formation and past of video games these games also known as electric games includes interaction between the device and the user. Video games are further defined as based on their story which can be an arcade game or computer games, further innovation in gaming technology which have expanded gaming to mobile phones, computers, console games, and more. These games are further classified based on the genre of the storyline. The production of the first game was done in the 1960s was an arcade video game based on computer science. The video game industry is now recognized as a big industry with a revenue level of over 130 billion. Talking about the Little Alchemy game and its cheats;

Little alchemy is believed to be a very unique game where you create new elements using the list of elements listed. The game provides you with various hundreds of combinations from which you can choose to make new things, starting with the basic elements, fire, air, water, and others all alphabetically sorted. Other than those games Little alchemy is a lot easier on the mind and you don’t need to do a lot of brainstorming. Containing elements up to 580 available in your inventory. 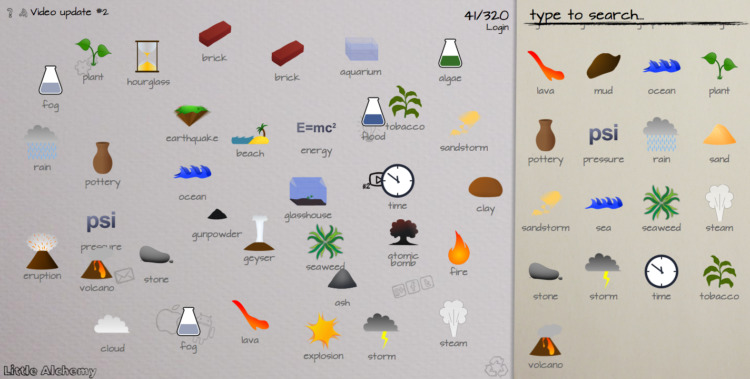 List of all the Little Alchemy cheats and the ingredients you will be needing;

MAKING OF THINGS WITH AIR

Since air is one of the basic elements of the game, it can be combined with several elements which include;

HOW TO PLAY LITTLE ALCHEMY 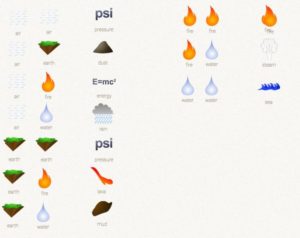 The first thing the user needs to do is to choose the elements, the right side of the game’s control panel has a toolbar, when the game starts the toolbar offers choosing between any one element between water, earth, air, and fire. Air element appears as dashes in blue color across a square area, the earth appears as a small piece of land bottom colored like the soil and top in green presenting land.

Water and fire both can be easily spotted; fire is represented as red flame whereas water is shaped in a droplet form.

After you have picked and chosen the elements which you want to mix, place your cursor over them. The cursor is shaped like an arrow with four heads or fronts and yellow color in the surrounding. With the help of the mouse click on the element and drag the button, shift the element to the left side of the screen beside the toolbar, and once you get the spot to place your element all you need to do is to release the cursor to drop the element.

Elements that are used before can always move again. If you try mixing two elements of air you will be provided with a new element known as pressure.