Still can’t grasp why people seem so hooked up to Sims 4? Well, if you’re returning to the gaming scene after a long break or are very new to The Sims franchise, you can find its latest installment to the series slightly complex and intimidating. And this, sadly, does not make for an intriguing play.

There’s just so much to do in Sims 4, especially now that there are plenty of new features and enhancements. Once again, the players are given a real-time chance to create their Sims, build houses, keep up with their aspirations (more on this in a minute), buy traits and potions, and frankly, that’s only getting started.

One of the recent refinements to the game is the introduction of satisfaction points. And thus, we took it upon ourselves to prepare a comprehensive guide to walk you through everything and anything this new feature brings to the game. We highly recommend playing through them to take better control of your Sim’s life and help it prosper, well, in virtual life in general.

What are the Satisfaction Points in Sims 4?

A million simoleons questions. In simpler terms, it’s the Bitcoin of virtual life. By redeeming the earned satisfaction points, you can technically change the entire personality of your Sim, even as far as setting the desired course of its lifetime.

How to use Sims 4 satisfaction points? 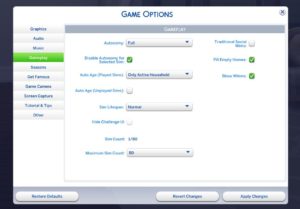 The satisfaction points can be redeemed in the Rewards Store, where you’ll find two categories: Rewards Traits and Potions. To access the rewards store, click on the little gift sign on the right side of the Aspiration box.

The traits can influence how a Sim performs a given task, and thereafter, play a significant role in Aspiration in the long term. On the other hand, the Potions work as more of a one-time dynamite packet. The bought Potions gets added directly to your Sim’s inventory, to be used at any time.

Altogether, you’ll need plenty of satisfaction points to actually make your game strategy work with these rewards. Start experimenting with a few choices, be clever, and you’ll get the hang of it soon enough.

How to get satisfaction points?

Basically, you complete a set of tasks laid out in a milestone under the aspirations box. After completing the particular milestone, you are rewarded the points equivalent to those shown beside the task description. This is the most patience-testing yet the most straightforward way to gain around 3000-5000 satisfaction points for a completed aspiration.

The best thing about it is that you can switch between the Aspirations as you go on about the specific situations in the game. For example, if your Sim is out and about as The Curator but then starts chatting up a girl and goes on a date later, you can switch to the Serial Romantic aspiration. Nonetheless, the game keeps track of your progress even if you’re not pursuing that Aspiration at the moment.

However, there is a catch here. It often happens that certain milestones share the same name and same goals as milestones from other Aspirations, albeit from the same category. Meaning, the clearance of one milestone gets you through the other same milestone, giving you a jump start when you reach that Aspiration. But unfortunately, it also means that you only get rewarded with the satisfaction points once, not twice.

The Whims used to be on display by default, but recently, due to some upgrades, they can now be accessed manually by clicking on the settings/menu > gameplay in Games Options menu > check the Show Whims option.

Whims can assist you in getting additional 2-300 satisfaction points. 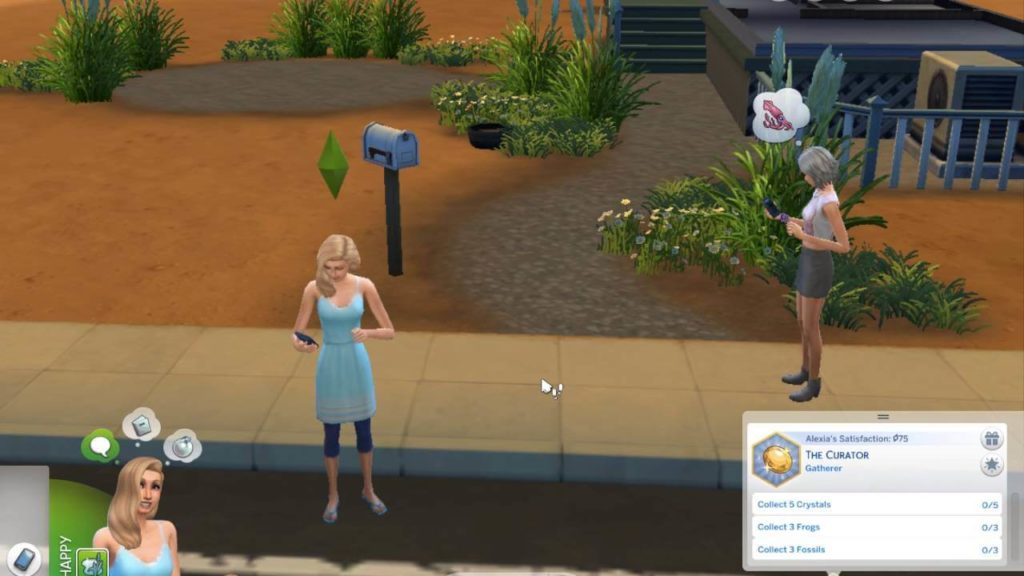 The Sims 4 can get dull once you run out of all the good stuff, aka, the money or the satisfaction points. In effect, a player can choose to enter cheats to bring back the craved action and rhythm to their storyline. Caution: your actions can have drastic consequences, so be wise!!

In the meantime, let’s get the party going. This is where things get interesting now. It’s the Sims, and everyone knows you have to cheat in the Sims; the creators even encourage us to cheat, so it’s not like anything is holding us back. Well, except for the ‘HOW.’

To enable most cheats in Sims 4, you should first have access to the cheat console, which takes precise keys to open on different systems. It is always better to fire up the cheat console at the beginning of enabling cheats to err on the side of caution, even if some cheats don’t need it.

Open the game and press the right keys from below, depending on your hardware.

This will open the cheat console. Type in testing cheats true in the bar. You can now successfully enable any cheat in the game.

To open the cheat console on PS4 or Xbox One, press and hold down all four triggers.

Input testing cheats true in the cheat console, and then enter the same cheat of satisfaction points as mentioned above: Sims.Give_Satisfaction_Points X

You’re now ready to spend as much of these gratification points as you’d like in the Rewards Store. Don’t get stingy here.

Cheats to get more satisfaction points on Sims 4 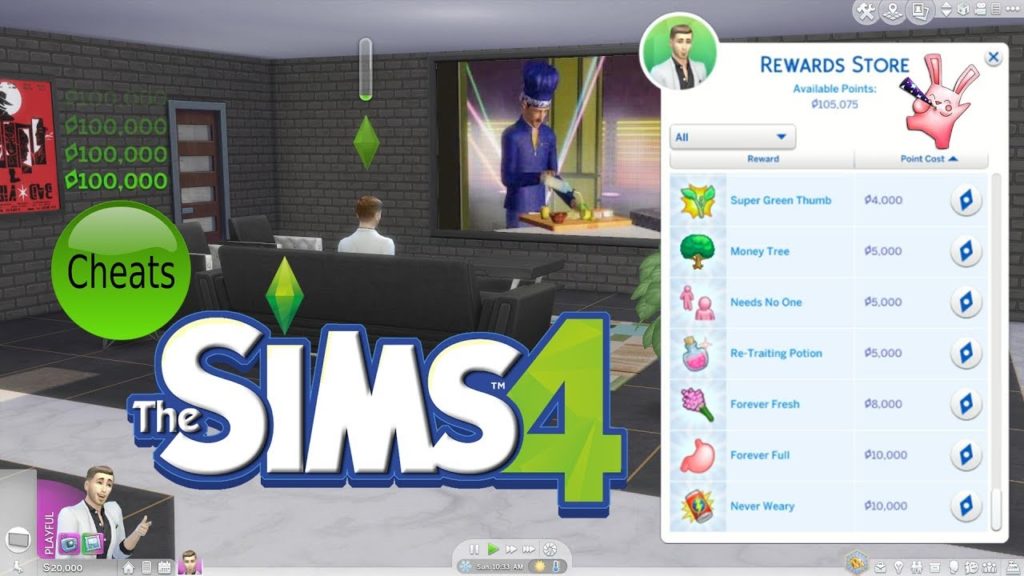 Follow the above steps to open the cheat console, enter the testing cheats true, type the console command aspirations.complete_current_milestone to complete the ongoing milestone. Enjoy your satisfaction points. You’re most welcome!

Of note, this cheat also helps to unlock those hidden Aspirations by completing the existing ones at a faster rate.

What to do when satisfaction points cheat doesn’t work

It’s a pretty common complaint that the satisfaction points cheat is not working. There is no definite solution to this. Try closing or reopening the console. Check that you’ve followed all the steps and entered the cheat correctly. Also, make sure you’re actually controlling the Sim for whom you’ve applied the cheat.

If on PC, you can try switching between the keyboard languages from the taskbar, or maybe type in SHIFT + CTRL + ALT

If nothing works, simply save the game, quit to the Main Menu, and re-load the game.

How to remove satisfaction points cheat on Sims 4

There are dozens upon dozens of cheat codes available for Sims 4. To conclude, we have included some of the absolute best and most useful ones down in the list below. Don’t forget to check them out!